SATs, SATs and even more SATs 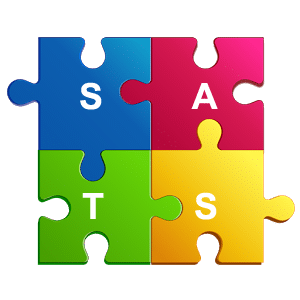 Saturday 5 March 2016 saw the beginning of EducateFirst’s SATs revision programme aimed at students in Years 2 and 6. The objective of these sessions is to support and prepare students for the forthcoming SATs in May.

EducateFirst has been inundated with additional requests for support from parents and as such have initiated additional learning sessions for students taking their SATs.

In the summer term of 2016, children in Year 2 and Year 6 will be the first to take the new Maths and English SATs papers. These new SATs will reflect the current National Curriculum (introduced in 2014) with a new marking scheme that will replace the existing National Curriculum levels.

Children in Year 2 will be tested in Maths, reading, grammar, punctuation and spelling through a series of test papers.

Although Year 2 SATs papers will be set externally, they will be marked by teachers within the school.

The Year 2 SATs are scheduled to take place in May 2016; however, no formal dates for the tests have been set.

While the Maths tests are designed to test your child’s general maths, mental maths and problem solving skills, the English tests will focus on reading, spelling, punctuation and grammar.

In addition to the test in Maths and English, a number of schools will put students forward to sit Science tests as part of a Science sampling exercise that will be used to represent the population as a whole. Your school will be able to advise you if it is taking part in the Science sampling.

EducateFirst’s SATs revision sessions will take place over an 8-week period from 5 March to 7 May 2016 (please bear in mind the dates we will be closed for Easter).

Children will sit the Year 6 SATs papers week commencing 9 May 2016. Dates for all SATs papers can be found at the bottom of the following page:
http://www.educatefirst.co.uk/student-parent-zone/sats/

The new SATs will be marked based on a 1600-point scale (800 each for Maths and English), compared with the 2400-point scale used for the old SATs.

Each child will receive:

The government has made available a series of sample practice tests to help students prepare for the SATs in May 2016. These can be found here:
https://www.gov.uk/government/collections/national-curriculum-assessments-2016-sample-materials

Do you think you could pass the Year 6 SATs? You may be surprised at the results. Take the sample test to see if you would pass:
http://www.sats2016.co.uk/think-youd-pass-your-sats-in-2016/

COVID-19 Update Scroll to Top
FREE Tuition: Register today and get 1 week FREE
Get Free Tuition
This is default text for notification bar
Learn more
This website uses cookies to give you the best experience. Continue to browse if you are happy with this.OKRead more